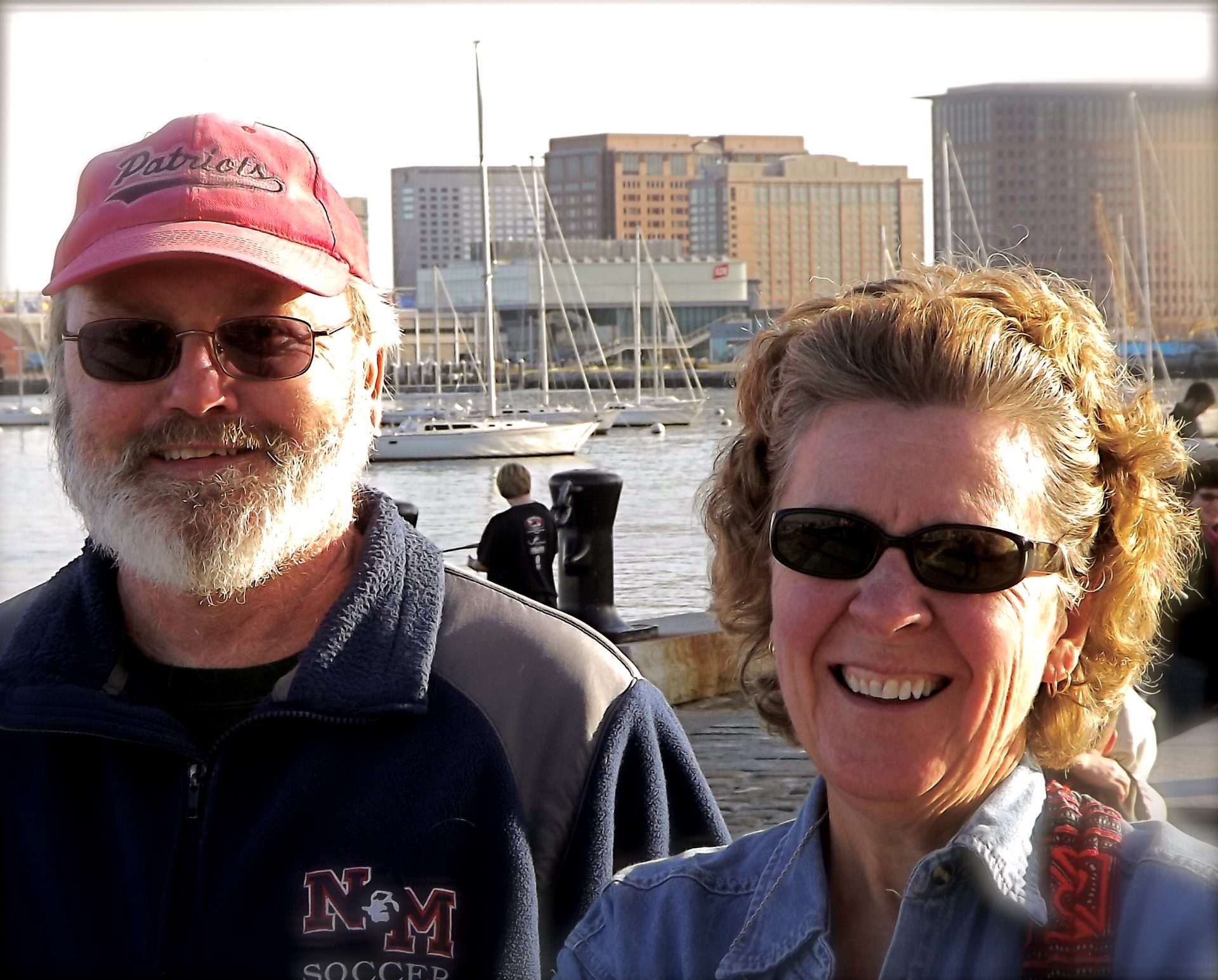 Meet Peg and Pete Carlson, longtime Next Step supporters, and two of the greatest people on earth.

“Our daughter Emily was ‘Paht of the Staht’…”

Meet Peg and Pete Carlson, longtime Next Step supporters, and two of the greatest people on earth.

Next Step: What inspired you to support Next Step?

Peg: Our daughter Emily was “Paht of the Staht”! She participated in the first Next Step weekend trip to Thompson Island, Boston, and never missed a retreat until she passed away in 2009.  Next Step was very important in her life, and gave her a community and a sense of belonging.  Next Step opened another world for Em.When it came to Emily, it was about how to make her life as fulfilling as it could possibly be. We split responsibilities based on our strengths – Pete handled education (as he was a teacher) and I handled medical because I work in the field.

Next Step: You’ve become an awesome fundraising runner- how did this come about? 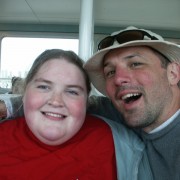 Peg: The Falmouth Road Race fundraiser for Next Step was my very first road race.  Pete’s job is trainer and head cheerleader.  It was such a fantastic experience and we had so much fun, that I ran my first half-marathon a few months later, and I’m doing another half at the end of this year.  I am already signed up for the 2013 Falmouth Road Race to support Next Step, and I was first name on the team. We are planning to up the ante in donations this year, too.  Pete & I can’t wait for August 11th.

Next Step: What was your first impression of Next Step?

Peg: How truly dedicated and caring Bill and his staff are.  The level of compassion, enthusiasm and understanding towards the young adults the staff worked with was fantastic.  They provided support and resources for us as parents, too.  We felt from the very beginning that we were and will always be part of the Next Step family.

Next Step: What's your personal philosophy about what should be done to help seriously ill youth in transition?

Peg: Entering adulthood can be difficult under the best of circumstances. Add a serious illness and it can be devastatingly hard.  There is such a strong sense of being alone, of being different, of not being able to do what your peers are accomplishing.  A community where young adults battling a serious illness can come together to find companionship, share stories, coping mechanisms and resources is vital.  We knew Emily needed such a community, and Next Step provided it.  Next Step understands how important this sense of belonging is, and gives all the young adults in their programs a strong voice. Next Step gives them hope and makes helps them realize that they are not alone, and that anything is possible.

Next Step: What has surprised you most about working with Next Step?

Peg: Being involved from the very beginning, it is not so much as a surprise, but pleasure to see the continued dedication and expansion of services provided by Next Step.  There is so much talent in the staff that we are not surprised how much it has grown.  We want to do all we can to help Next Step continue to grow.

Next Step: There are a lot of worthy charities out there.  What makes you continue to choose to support Next Step?

Peg: We have a real need to give back.  Next Step gave so much to Emily and us as a family. We want to be able to help Next Step to continue to provide services and resources to other young adults and their families struggling with serious illness as they enter adulthood.

Next Step: What do you wish other people knew about Next Step?

Peg: That Next Step was among the first group to service teens and young adults with serious illness.  When Em was transitioning, we looked for programs that provided services for her age group.  There were some programs but Em either too young, too old, did not meet program criteria, or had not received medical treatment at their facility.  Next Step program welcomed her with open, caring, and understanding arms.  They provided her a community when there was none.

Next Step: What would you tell someone who is thinking about donating to Next Step?

Peg: How much Emily loved Next Step and how so important it was to her.  How much support, caring and understanding she received from Bill and his staff.  Being involved in Next Step lit a spark in Em and she flourished.  Next Step gave Em and all the young adults they service a voice. Also, that all donations go directly to program development and staffing and that there are few programs of this caliber that provide services to this underserved population.  Next Step truly provides a supportive environment for young adults.

1) An open mind
2) Your own perspective
3) Compassion

What will you take away from a Summer Campference program?