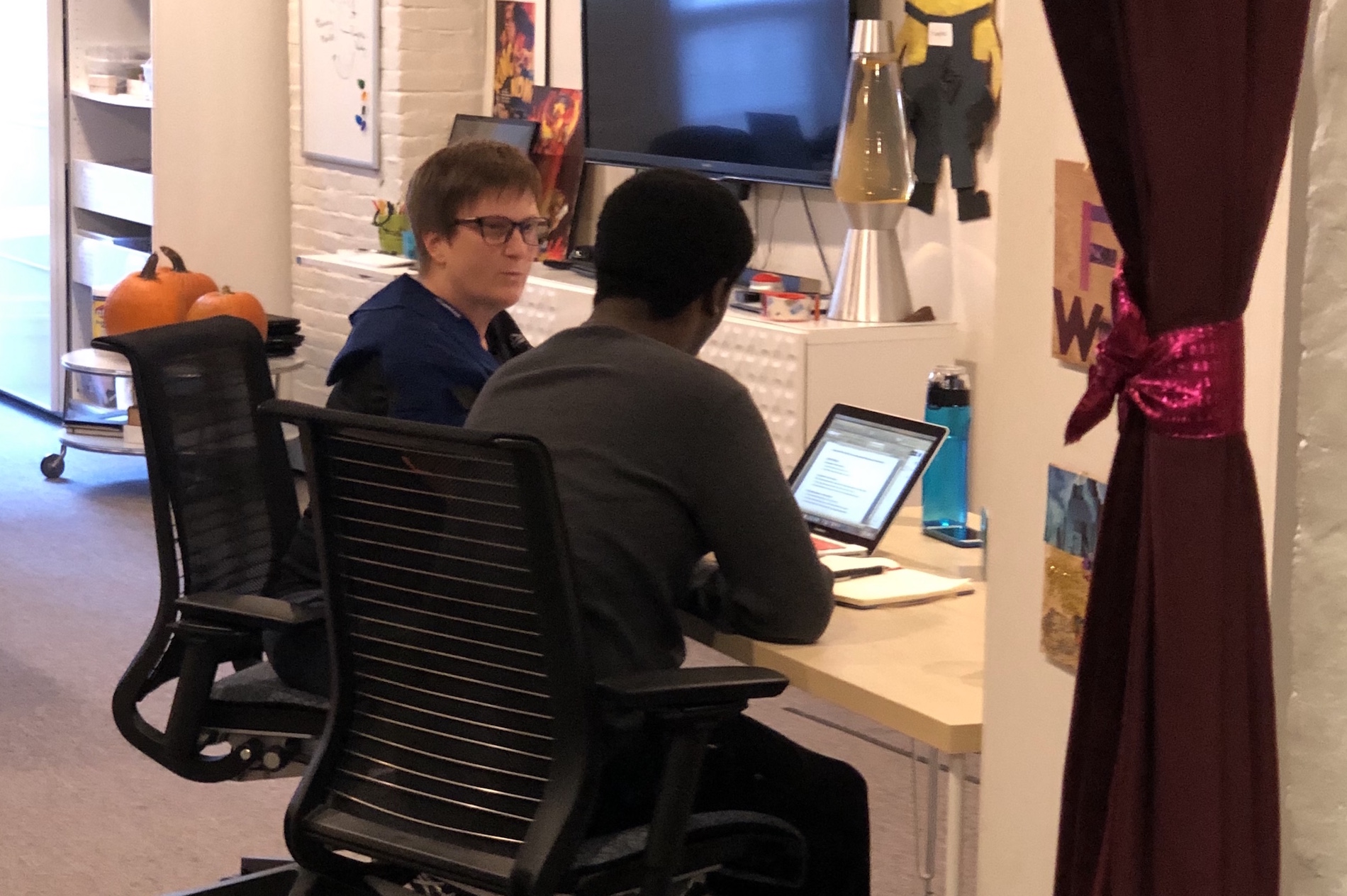 Next Step is hosting our first Studio Campference! On Friday, November 22nd to Sunday, November 24th, ten Next Step participants who are passionate about writing, singing, public speaking and advocacy will come together and work with us to create a Song-Story portfolio that shares what really matters AND gives meaning to young people living with cancer, HIV and rare genetic disorders. Our new Studio Campference will have similar programmatic goals as our Song Studio music therapy program.

OH! And did we mention that Kimberly will be directing the Studio Campference?! This is Kimberly’s first time in the role as Campference Director and we couldn’t be happier for her!

Kimberly’s goal during the Studio Campference is to write and record a studio version of a Community Song in our recording studio at Next Step in Cambridge, MA. Our Campference attendees will choose the community song, create art, narrative, and media to bring the song’s message to life. We will publish this portfolio on our YouTube Channel and website once fully produced!

As a production crew, everybody will meet with Kimberly individually for a few one-on one sessions to figure out their awesome contributions.

Step inside Song Studio and LISTEN to original music written, recorded and produced by Kimberly and the young Next Step participants that she works with.

Register Now
NextStepFund 7 Feb
We met up with our 2023 Boston Marathon runners last night! It was so amazing to officially welcome Olivia and Jazmin to…
VIEW ON FACEBOOK
Retweet on Twitter Next Step Retweeted

🤝 We are one community that shares the same fight for:

✅ more awareness,
✅ greater equity as well as
✅ advocating for a brighter future.

Join us in marking #WorldCancerDay!

Here's a podcast our Campference Director has been listening to @therapyforblackgirls

What have you been listening to? Let us know in the comments!

Check back next week for another Next Step staff member recommendation!